The Board of Gulf Atlantic Bank is comprised of local business owners and individuals experienced in running a small community Bank.

Peter E. Batty: Chairman and Co-Founder of Gulf Atlantic Bank, Mr. Batty is also the President and Co-Owner of United Atlantic Insurance Group, a local insurance agency; President and Co-Owner of Southernmost Processing Company, Inc., an ATM/ACH processing company; and President and Co-Owner of ICAMCO Inc., a community association and property management firm. His background includes receiving a Masters in Political Science from Florida State University, and Bachelor’s Degree in Philosophy from Florida International University College of Business.  Mr. Batty is a lifelong resident of the Florida Keys and Key West, and lives here on the Island with his wife Jessica, and their 4 Children.

Bronson “Bryan” Robinson: age 64, Mr. Robinson is the Chief Executive Officer and President of the Bank. He was formerly the Chief Financial Officer of Citizens State Bank, Perry, Florida, prior to its sale to VyStar Credit Union. Mr. Robinson has over 40 years of executive officer experience. He was the Chief Financial Officer of Community Southern Bank, Lakeland, FL from 2012 to 2015, and prior to that CEO/ President of ProBank, Tallahassee, FL. 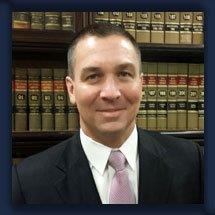 Alex J. Shook: age 50, Mr. Shook is an attorney licensed in West Virginia, practicing as a Partner at the firm Hamstead, Williams & Shook, PLLC. He also is Co-Owner of The Wine Bar at Vintner Valley, LLC, a restaurant, and Zoey 2, LLC, a real estate development company.  His educational background includes a Bachelor’s Degree in Psychology, a Master’s Degree in Industrial and Labor Relations, and a Juris Doctor Degree all from West Virginia University. Mr. Shook has resided in Key West for four years.

James Farnsworth: age 72, Mr. Farnsworth is a licensed CPA in Florida, beginning his career in 1972. He obtained his Bachelors from the University of South Florida in Tampa. Mr. Farnsworth served on the Board of Directors for Community Southern Bank from 2014 to 2015, and was on the Advisory Board for Lakeland’s Pilot Bank Bancshares from 2006 to 2013.

Christopher C. Blatt: age 43, Mr. Blatt is the Owner of Kosmic of Key West, Inc., a night club, and CMB LLC, an entity that owns and operates a liquor store. His educational background includes a Bachelor’s Degree from Florida State University. Mr. Blatt was raised in Key West, attended and graduated from Key West High School, and has extensive knowledge of the primary and secondary market areas.

Kenneth (“Casey”) H. Compton: age 52, Mr. Compton is Vice-Chairman of Gulf Atlantic Bank. Mr. Compton served as a director of Community Southern Bank and Community Southern Bancorp, where he served as Chairman of the Loan Committee, Chairman of the Compensation Committee, and as a member of the Audit Committee, and the Asset and Liability Committee.  Upon the sale of Community Southern Bank to Sunshine Bancorp, Mr. Compton was chosen as the sole director to join the successor Sunshine Bank and Sunshine Bancorp Boards, where he was named the Sarbanes Oxley Financial expert.  Subsequent to the sale of Sunshine Bancorp, Mr. Compton joined, and concurrently serves on, the Board of Prime Meridian Bank and Prime Meridian Holding Company, where he is Chairman of the Compensation Committee, and serves on the Audit Committee.  He is the founder and CEO of Compton & Associates, Private Wealth Advisors.  His educational background includes a Juris Doctor Degree from the Cumberland School of Law at Samford University, a Master of Laws Degree in Taxation from the University of Denver College of Law and Daniels College of Business, and a Bachelor of Arts Degree in International Studies from Rhodes College.  Additional experience includes an extensive real estate background, as an adjunct professor of finance and insurance, and serving on numerous not for profit boards.  Mr. Compton and his wife expect to be very active within the Key West community.

Lauren L. Thompson: age 49, Mrs. Thompson is a CPA and owner of her own firm, Lauren Thompson CPA. Her company serves the Bank’s primary market area, giving her firsthand knowledge of the Bank’s area, as well as a wide range of business contacts. Mrs. Thompson was born and raised in Key West. Her educational background includes a Bachelor’s Degree and Fifth Year Accounting Designation from the University of South Florida.

Read more on our accessibility statement
​